Glasgow, a great city even when it’s raining, was bathed in sunshine this week for our tenth network meeting, held at the University of Strathclyde. It was good to see how the learning analytics community has grown since we started having these events – there were 80 attendees at this one from institutions all over the UK mainland. Not surprisingly this time too we had more Scottish representation, and from quite a few colleges as well as universities.

Helyn Gould introduced the day on behalf of Strathclyde, an institution which has achieved a lot in learning analytics in a short time.  We heard about their interesting pilot projects from Helyn’s colleagues later in the day.

A video recording of all the morning’s sessions is available. 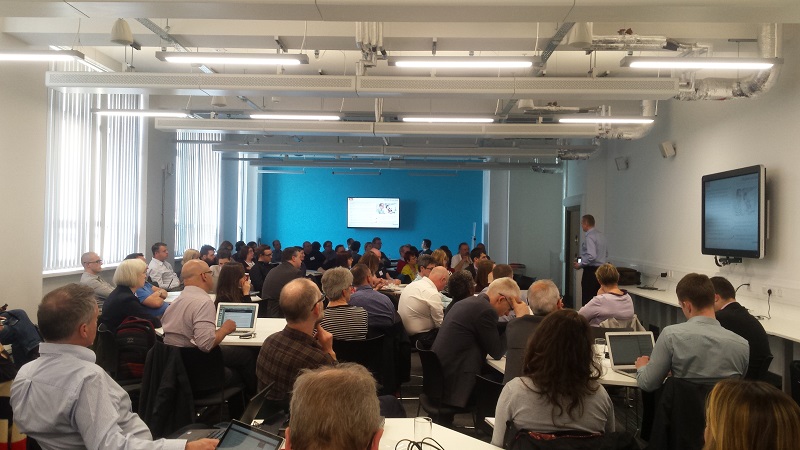 Michael Webb updated us on the latest developments with Jisc’s Effective Learning Analytics project [PPT 569 KB]. He described the data sources we’re going to be collecting next with institutions, with a focus on attendance, library and interventions. New xAPI recipes will be built for these. The data can be transferred to the Learning Records Warehouse, and then used in tools such as Jisc’s Study Goal and Data Explorer, and the learning analytics applications of the range of vendors Jisc has now partnered with.

Michael also outlined plans for benchmarking learning data across institutions (with their consent) and is now looking for people wishing to try this. There’s been a fair bit of interest in this possibility.

Patrick Lynch [Twitter] from the University of Hull was up next [PPT 3MB]. I’d heard good things about his recent presentation at Digifest on the connections between learning analytics and learning design – so I invited him to do something similar here. It turned out to be one of the most informed and reflective presentations I’ve seen for a while.

Patrick described how he’d started to play with 25 million records from the VLE and how he’d experimented with ways to visualise these. But he found conversations with staff and students more useful in working out what best to show them: a typical comment from a student was “I just want to know how I’m doing”.

He then showed some different models of learning design and learning analytics (see his ppt file if you want to explore any of these further), including Doug Clow’s off-quoted Learning Analytics Cycle and my recently developed model, which he hammered for being too American and not student-centred enough. I hope now to refine it jointly with Patrick!

Patrick proposed that we look at using Chickering and Gamson’s 7 Principles for good practice in undergraduate education, and asked whether we can find data to measure these:

Our final morning session involved some of us who were at the recent LAK17 in Vancouver, reflecting on the conference.

Two themes that had leapt out at Michael were multi-modal analytics and self-regulated learning. The first of these was the subject of two of the three keynotes. In laboratory conditions it’s increasingly possible to measure physiological aspects of learner behaviour such as heart rate, eye movements and facial expression, in an attempt to understand learning processes. Self-regulated learning is a move away from us intervening towards the student taking more responsibility for their own learning.

Ainsley noted how there were a lot of new presenters at the conference from different areas around the world and from different backgrounds including data scientists, senior managers and technologists. She was also intrigued by a presentation on the one laptop per child project in Uruguay where there was now an attempt to analyse learning data on a national basis.

Adam pointed out that, while SoLAR, which organises the conference is primarily a research organisation, it has put a lot of effort into organising a parallel practitioners’ track – its proceedings are available.  Lee noted too that there was a lot more for practitioners at this conference than at the previous one in Edinburgh. Lee also described the Hackathon we organised, where programmers got together with others to carry out some rapid developments to describe data, transfer it between applications, and develop new applications to visualise it.

At lunchtime, people had the chance to see demonstrations of the latest product innovations from Blackboard, DTP Solutionpath, Excelsoft, Jisc and Tribal. Throughout the day, I had immense problems in getting people to stop talking so we could get through the agenda – a sign, I guess, that we had some particularly enthusiastic presenters, and a lot of networking going on. After dragging people back from their lunchtime conversations, we heard from Brian Green and Ainsley Hainey on their institutional learning analytics project at Strathclyde [PPT 2.29MB].

A recording of the initial afternoon sessions is available. 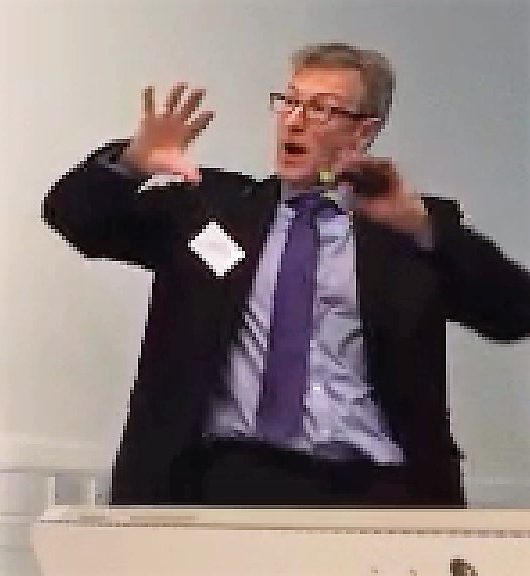 The University already had a fairly sophisticated use of institutional data, but found engagement with SoLAR’s LAK16 conference in Edinburgh and in Jisc’s readiness assessment to be helpful external influences. There was also good senior management buy-in which Brian considered critical in securing the support and funding for the learning analytics pilot projects, which was the key recommendation from the readiness assessment carried out by Blackboard. 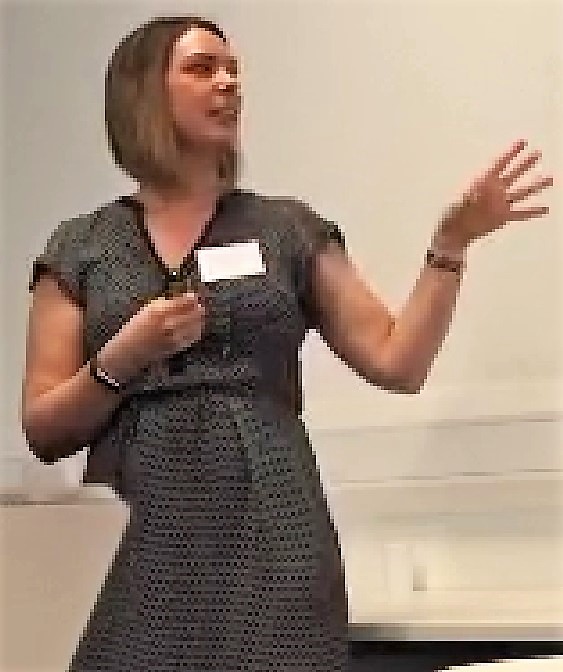 Ainsley described the institutional steering group for learning analytics and the various pilot projects at Strathclyde. One of these combined VLE usage and attendance data, and helped the academic involved to keep her students on track, particularly some of the foreign students who needed additional support. Another project involved using library data, providing useful information to the lecturer and involving weekly intervention emails being sent out to students. Learners were given data on their learning in another pilot: while there were no differences in attainment on the module from previous cohorts, the students felt it helped to keep them on track and made them feel better supported. The final project, involved trialling Jisc’s Study Goal app.

Future work aims to provide highly personalised interventions with students, the timing of which seems to be key. It’s well worth viewing the recording of this session for any institution starting out on learning analytics. 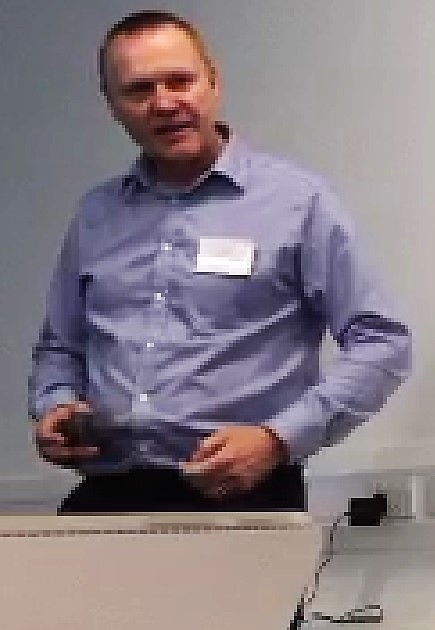 Next we had Tony Sceales, an entrepreneur, currently advising Jisc on business aspects of the learning analytics project [PPT 7.83MB – I removed the massive video clips but you can see them in the recording]. One of the things Tony’s been looking at is how institutions can make the business case for a learning analytics project. He outlined various measurable benefits of learning analytics such as improving retention, attainment and operational efficiency. He’s developed a tool for institutions to quantify these benefits, and Jisc is happy to work with individual institutions to help make them make the case to the relevant committees and budget holders.

Tony also showed a way of evaluating the different approaches to developing a learning analytics solution:

Finally we had a series of presentations from some of the vendors present on where learning analytics is heading next, followed by a panel session. There were some great ideas from Richard Burrows of Blackboard [PPT 8.85MB], Richard Gascoigne of DTP SolutionPath [PPT 2.77MB] Adam Cooper of Tribal [PPT 1.61MB] and Gabriel Englehard of Excelsoft [PPT 0.7MB). These are all in the recording. 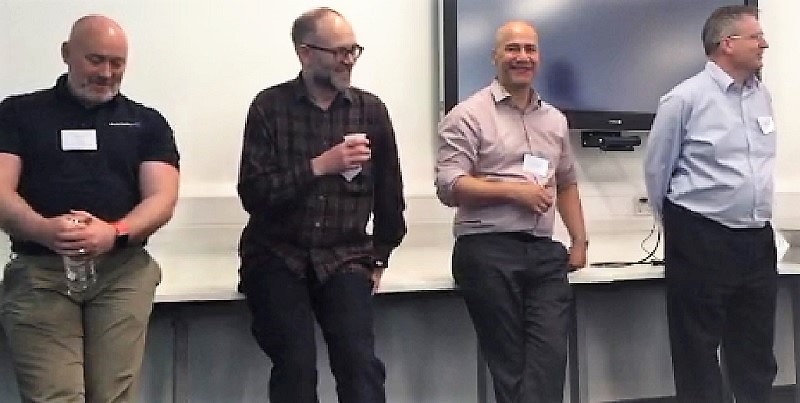 The panel session itself involved a lively discussion with with the audience and the vendors and has a separate recording.  Tune in to that for the panel’s response to questions such as “Is there a role for humans in education in the future?”

Our next meeting is likely to be in September. As with this and our most recent network events it’ll probably be over-subscribed so sign up early if you’re interested. Stay tuned to this blog for details or better still subscribe to our Jiscmail list. 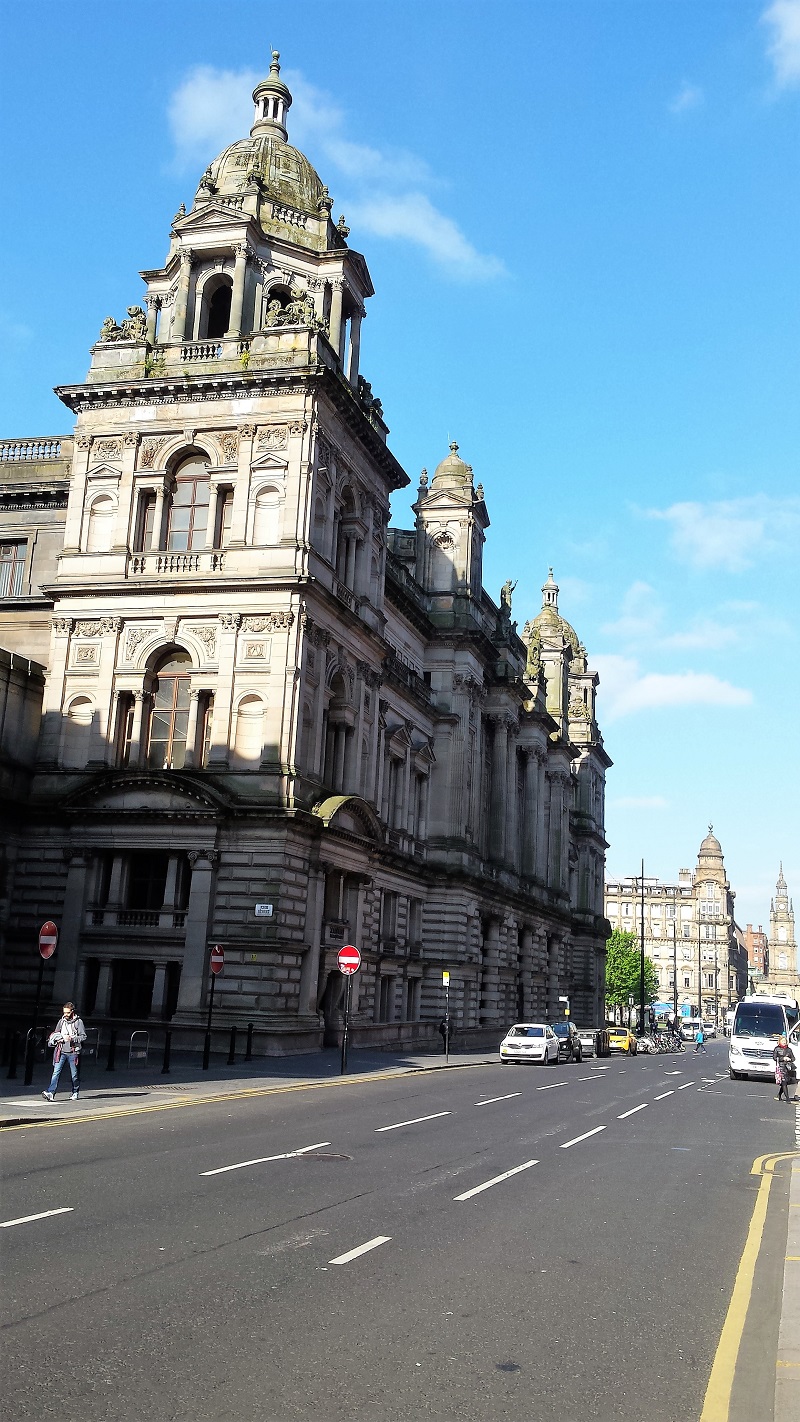