In this guest post, John G. Sharp, Professor of Education at Leeds Beckett University, examines the issue of academic boredom among university students, and questions whether learning analytics could help to address it.

‘It’s not that I get bored a lot, I just lose my concentration.’

Academic boredom is common among students at university.  Most just shrug it off as a minor distraction.  For those less fortunate, its effects are far from trivial and not to be underestimated.  Can learning analytics help? 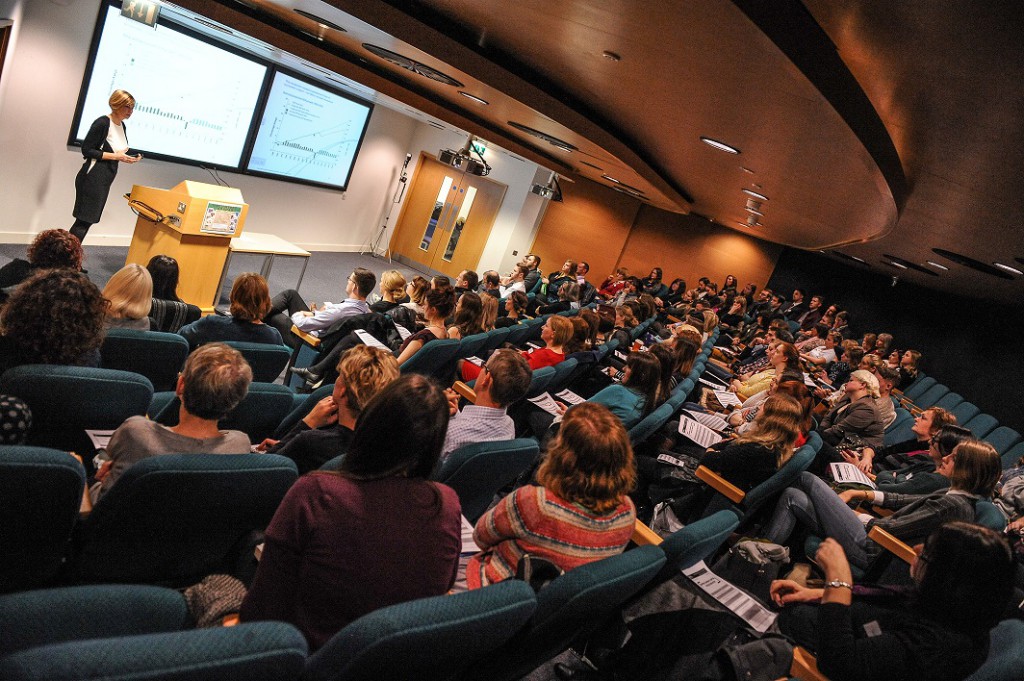 As surprising as it might seem, students really do get bored at university.  Despite our best intentions, and the range of new and innovative technologies increasingly at our disposal, university doesn’t always provide the stimulation many undergraduates need to keep them fully engaged.  As lecturers, we see boredom all too frequently even if we wouldn’t care to admit it; drowsiness and yawning in class, heads resting in hands, bodies slouched in seats, vacant stares and the distractions which come from electronic devices are all fairly obvious clues.  But just as teaching at university requires effort, learning does too.  It cuts both ways.

At one level, of course, academic boredom is nothing to be overly concerned about.  We all experience boredom of one form or another, and students are certainly not immune.  Academic boredom can, in fact, be a positive and creative experience for some, but this is generally not the norm.  At another level entirely, academic boredom is a negative and disabling achievement-related emotion resulting in, among other things, diminished academic performance.  Its influence is far reaching, its effects sometimes chronic.  Could data from studies of academic boredom help make informed decisions leading to improved student satisfaction, retention and attainment?

An international concern
Until relatively recently, very little was known about academic boredom at all.  Drawing on the work of psychologists and educators with student participants in the USA, Germany, Canada, China and Australia, as well as from the UK, where it remains a surprisingly neglected and underdeveloped field, academic boredom is now defined as a complex, psycho-physiological response to a supposedly meaningful educational event with outcomes predicted by Control-Value Theory.  With cognitive, affective, motivational and behavioural dimensions having traditionally rendered it difficult to isolate and study, advances in methodology have helped move things forward enormously.

Students on boredom
In addition to much of the information presented earlier coming from questionnaires, interviews with students help exemplify the complexity of academic boredom and illustrate some of the main findings, including what they do to cope (own research):

‘Sometimes when lecturers have used a lot of PowerPoints and not really interacted with everyone in the lecture theatre it becomes a bit monotonous and my brain switches off.  I get completely muddled … and … completely lost … I generally either doodle or go on social media … I feel frustrated at myself because I feel like I should be concentrating … It feels a bit pointless.’

‘I find [an assignment] interesting at first but then it becomes more of a task and I find it boring.   I think that sometimes it’s fear of doing badly, but a lot of the time I’m working to the deadline and I’m constantly thinking “I’ve got to get this in” … I think I want to do well, but I think it’s the confidence sometimes, especially if I’ve had a previous assignment that’s not had that much of a good mark.’

Looking ahead
If learning analytics is taken as the collection, analysis and reporting of data about learners and the specific contexts in which they work, for the purposes of understanding and optimizing learning and the teaching-learning environment at university, then the study of academic boredom alongside other important elements of student life certainly has much to offer.  While boredom research in the UK is, as yet, only embryonic and emerging, what we know is changing quickly.  By placing students at the heart of a collaborative and transformational process, findings to date give reason to pause and reflect on how courses are designed and delivered, how content is selected and presented, and why some pedagogical practices are favoured over others, including the use of technology.

Findings also give reason to think carefully about how students are supported towards becoming confident and independent learners, taking more responsibility for their own actions from induction to graduation.  Instrumental in all of this, of course, are the parts played not only by lecturers but by study skills tutors, learning developers and counsellors as well as learning analytics itself.  Further research involving academic boredom and learning analytics might yet unlock their considerable diagnostic potential for identifying those students most at risk of falling behind or dropping out completely as well as their general academic health and well-being.  With debate surrounding a forthcoming Teaching Excellence Framework, the future involvement of achievement-related emotions and learning analytics looks bright.

John G. Sharp is Professor of Education at Leeds Beckett University in the UK.  Having started his academic career as a science educator he now publishes in the fields of lecturer self-efficacy, student engagement and academic boredom.